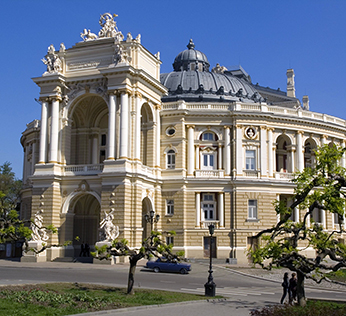 Built to the orders of Catherine II of Russia and initially a coastal fortification, the grand city of Odessa emerged in 1795.

Its development as well as its architecture has much in common with St. Petersburg.  Odessa was founded on the Black Sea coast also as a ‘window to Europe’ and, just like St. Petersburg, it arose in an undeveloped area, far from inhabited lands. Nowadays Odessa is a major port and an important center of industry, science and culture. Odessa’s mild climate, warm waters and sunlit beaches attract thousands of people all year round. Its shady lanes, beautiful buildings and intimate squares impart to the city its enduring appeal.

Deneesti Ltd offers a wide choice of shore excursions in Odessa and reaches into the surrounding countryside. Discover the charm and history of this famed Black Sea resort city, and enjoy the atmosphere of its leafy streets and attractive squares.