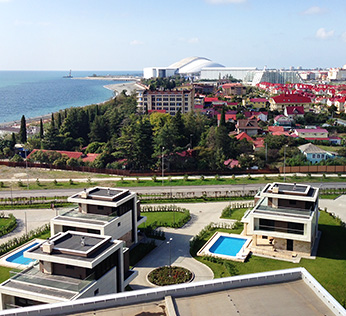 With the Caucasus Mountains towering as its backdrop, Sochi is the most famous Russian resort on the Black Sea.

Sochi was established in 1896 on the site of a former fort and began to be recognized as a resort area in 1902. The city spread along the coast and now includes resorts stretching for almost 90 miles. Mineral springs, beautiful mountains, long beaches, and a delightful year-round climate make Sochi a true gem of the “Russian Riviera.”  Now well known as the site of the 2014 Winter Olympics, Sochi has also become the official retreat of the Russian president and government officials

Deneesti Ltd offers a spectrum of shore excursions both in Sochi and up into the mountains, including to the Olympic Village.